In 2018, the collaboration moved up to the next level and DASSY became the main sponsor of Melissa. Or to be more precise: of ‘Team Melissa’. “If there is one thing that we have learnt these past few years, it’s that rally really is a team sport”, states Stefan Van Ende, CEO of DASSY. 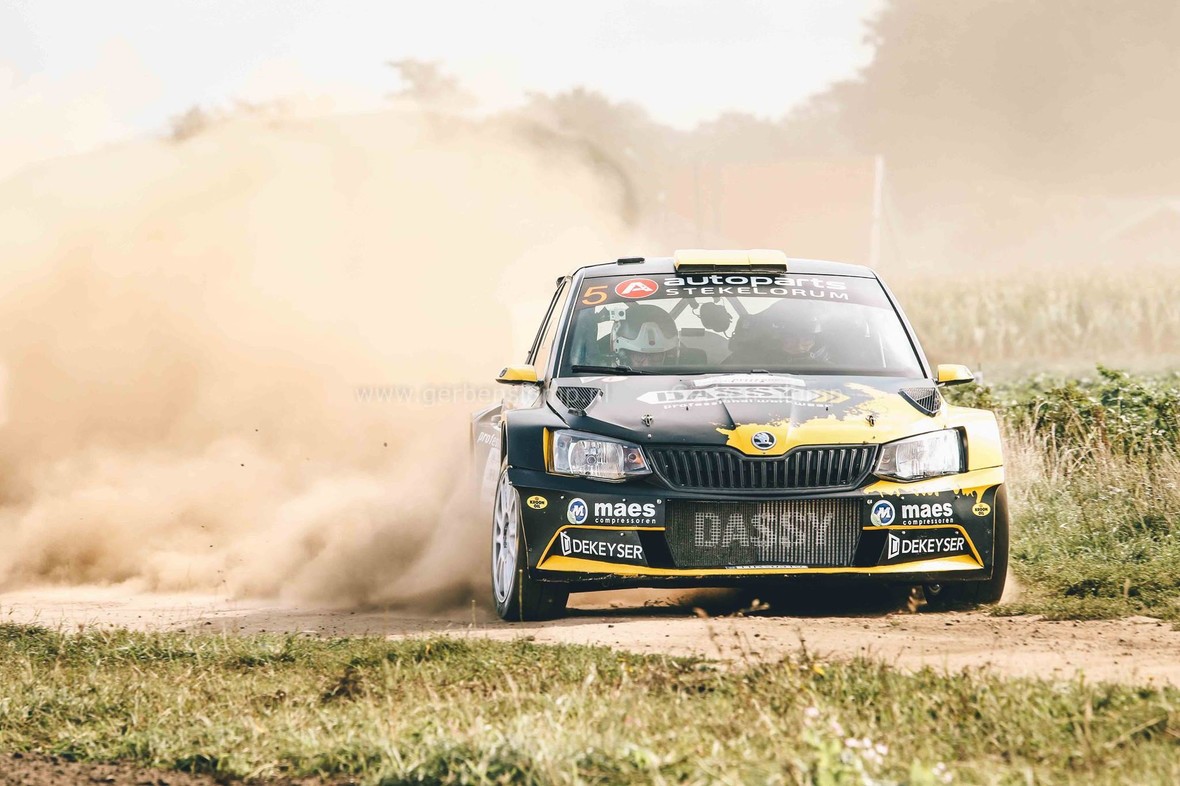 Having a mom and dad who both navigated through the world of rally as a (co-)drivers, Melissa was destined to be one too. And what is more, it turned out that she had talent for it. At the age of 16, she participated in her first rally at the Yaris Cup circuit. After obtaining her driver’s license, many races followed, with varying degrees of success, and she became well-known in the world of rally. Even if she has a disappointing result, a common thread throughout her career is that Melissa always strives for a top performance.

“When Melissa took the wheel as the next generation, I couldn’t have been more proud”, says her father Hendrik Debackere. “I knew that she had what it takes to be a great driver. Even though it is still a man’s world, Melissa can hold her own. Always.” One of her strong suits? “She has a delicate way of changing gear. An advantage both to her speed and to her car”, he adds. 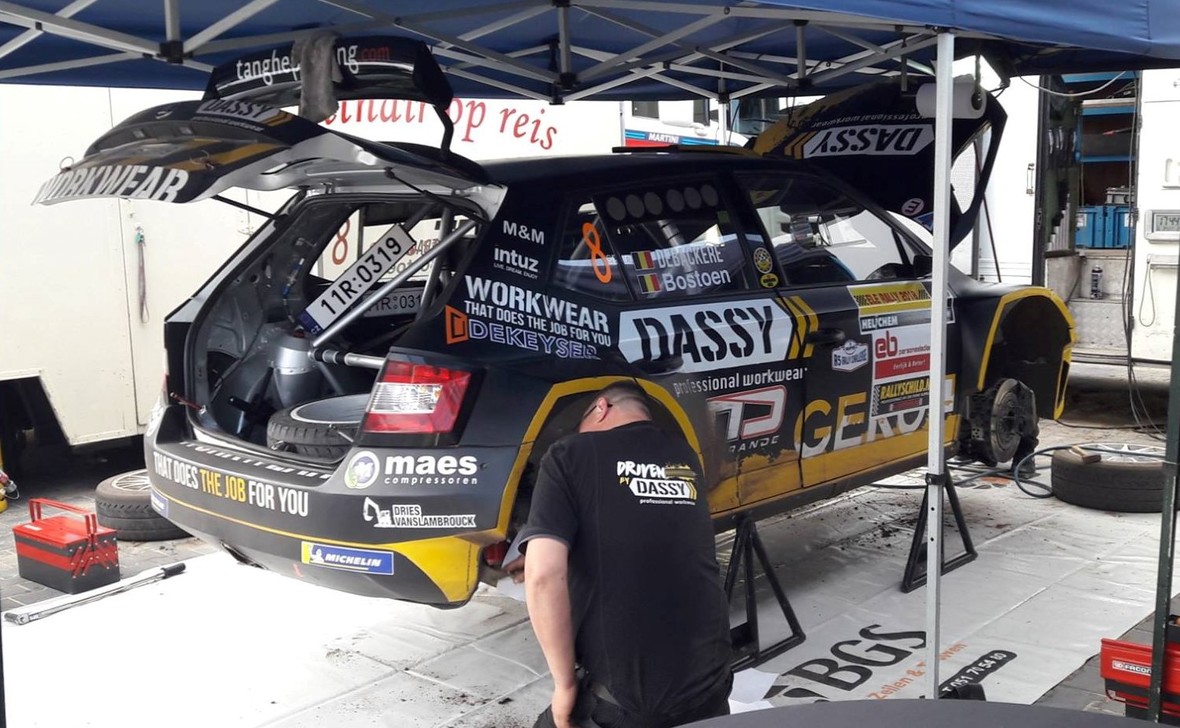 It may sound a little odd. Outsiders often think that the rally driver does all the work. “But nothing could be further from the truth”, Melissa emphasizes. “Without my top team, a top performance is impossible.”

Take, for instance, the mechanics. They make sure that the car is in perfect shape. Both before and during the race. At the rally every second counts: when Melissa and her DASSY Skoda Fabia R5 enter the service point, the team has a maximum of 30 minutes to get the car up and running again. “Therefore, it is crucial that all mechanics cooperate as a well-oiled machine”, states father Hendrik who is also in charge of the mechanics team. “While I check the engine, the four mechanics each deal with one corner of the car.” At every service stop, the tires are checked and the pressure is adjusted based upon the weather conditions. The suspension of the car is also calibrated in function of the next rally course, and the number of bends that will be in it.

Furthermore, the importance of the co-driver cannot be underestimated. “When I go full speed ahead, I trust my co-driver almost blindly”, Melissa says. “My co-driver uses his extremely detailed pacenotes to guide me safely and quickly to the next control point. Thanks to him, I know when the next bend is coming up, how sharp that bend will be and at what speed I will be able to take it”, Melissa explains. “You can image how crucial it is that we are perfectly in tune.”

Other important members of the team: all friends and family members that help with the 1000 little and big things that need to be taken care of before, during and after the race.

And last but not least: “We also consider our sponsors a part of our team. We really need their support”, emphasizes Melissa. Financial support. Yes. Because rally cars are not cheap. “But it’s more than just that”, explains Melissa. “Thanks to the support of DASSY, our team of mechanics can count on professional workwear that makes their job easier and more practical. The uniform outfit also adds aprofessional touch to our team. We especially like the custom made logo “Driven by DASSY professional workwear” on the back of the jackets.”

Finally, DASSY has also given Melissa’s Skoda Fabia R5 a new look. “The stylish black and yellow car wrap stands out during the races. It is really appreciated by our fans”, confirms Melissa. Interesting fact: since Melissa is driving her black and yellow rally car, other cars were spotted in similar colours. Coincidence? We don’t think so! 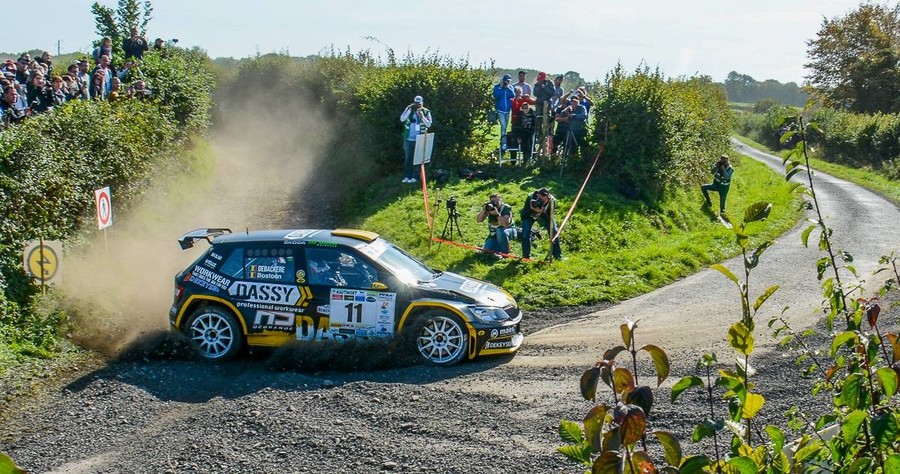